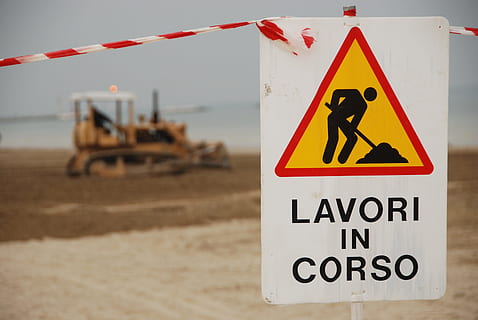 2021 Transparency Report & Where Do We Go From Here?

Because of what Porchetta Industries stands for and what it’s attempting to change, I believe it’s key that we’re transparent with our finances to the general public. To that end, starting today we’re going to publish yearly transparency reports detailing the amount of money we’ve generated and subsequently donated to all of the Open Source Infosec Tool developers on our platform during the course of the year. As time goes on, I’d like to get these as detailed as possible (maybe even including some fancy graphs).

Because we’re just getting started here at Porchetta (we launched the platform in August of 2021), this particular transparency report will be limited to a single sentence.

In the first 6 months of officially launching Porchetta Industries we’ve generated $16,429.40 USD. This entire amount was given out to all of the Open Source Infosec Tool developers on our platform.

First off, I’d like to give a huge thank you to all of our subscribers who made this possible.

Second, this shows that the model Porchetta Industries has adopted can work and has the possibility of changing things for the better. We’re now in the position to start building the foundations for making Open Source Infosec Tool development sustainable for both the Infosec Community and the developers!

The question of Open Source Software (OSS) sustainability continues to be taking more and more of a center stage. I’m very happy that Porchetta Industries is actually trying to address the issue albeit in the small realm of OSS Infosec/Hacking tooling. This was the main intention from the start.

We’ve put our money where our mouth is.

The question becomes, where do we go from here? Well, the possibilities are endless and like I said we’re just getting started, expect a lot of exciting announcements this year.

@c6fc // @bradwoodward_io has joined Porchetta Industries along with his amazing tool NPK.

If you’re not familiar with NPK: NPK is a distributed hash-cracking platform built entirely of serverless components in AWS including Cognito, DynamoDB, and S3. It was designed for easy deployment and the intuitive UI brings high-power hash-cracking to everyone.

He joins an already awesome lineup of developers being funded through our platform like @skelsec and @mpgn.

Now that NPK is being funded by Porchetta Industries, subscribers can expect exclusive updates and maybe even some super cool exclusive new tools from the developer. As always, all content generated for subscribers on Porchetta will be made Open Source after a period of time to the Infosec Community at large. When content is made public, it’s announced through the @porchetta_ind Twitter account, so be sure to follow.

If you’re a company that uses Open Source Infosec tooling, consider subscribing to Porchetta Industries and join our small revolution of making this tooling sustainable for everyone.

And now for something completely different...